THE REAL BEAUTY OF THE BEAUTIFUL GAME 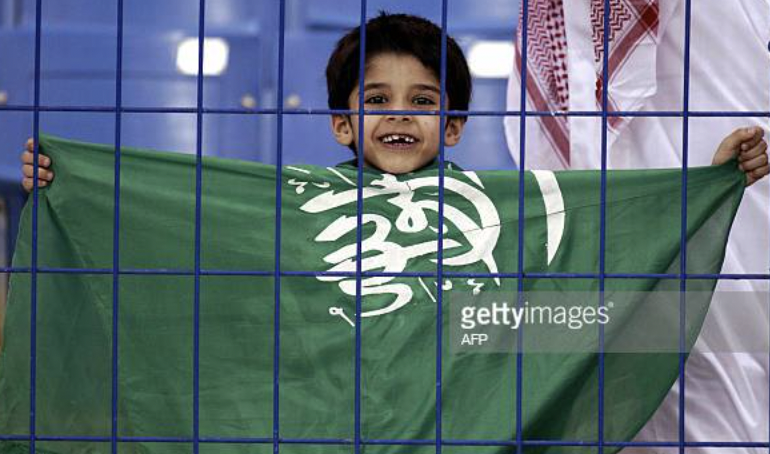 For the first time in years, at a moment in time so desperately needed after years of immense separation and strain, the global community has come together and celebrate the spirit of connection, the spirit of competition, the power of determination, the love of the beautiful game.

The FIFA World Cup 2022 has kicked off in Qatar.

For thirty days, and for the first time in the Middle East and Gulf region, the Football World Cup enables people to unite in celebration the biggest sporting event in the world. With immense, glowing pride the host nation invites football’s most formidable athletes to come show their on-the-field prowess as a world of fans and followers watch on from across its magnificent built-for-FWC purpose stadiums, across the host country, and across the globe. The power of sport, and its ability to ignite the hearts of literally billions in a matter of thrilling, exhilarating, often even excruciating, always hope-overflowing seconds, is now on show.

The spirit of the FWC is infectious, it is unavoidable, it is undeniable, whether one is a football follower or not.

Why? Because the FWC is one of our shared world’s most remarkable reflections, and important reminders, of the precious alchemy that occurs when the intense pride of place, and immense glow of the human spirit, come together.

In Qatar, the 2022 FWC marks the first time people of the Middle East and Gulf region are able to show their love for the beautiful game and the way in which it connects them to the global community without politics, without prejudice. Despite all of the controversy leading up the whistle blowing at the start of the tournament’s first match, the world knew that when focus finally shifted to football this was going to be a sensational time of sporting excellence, drama, and dreams coming true. Not only would this be it a moment of a lifetime for athletes and fans alike, but it also moment in history for Qatar. And for the Middle East. The games would act as a force of connectivity of the region to the world, with the world, for the world. Finally.

What was unexpected, however, was the way in which one of FIFA’s the most historic world cup matches ever was about to set the flame of human spirit of the 2022 Games ablaze!

Within 48hrs of the Games kicking off the FWC with absolute courage and class, the Kingdom of Saudi Arabia’s Green Falcons took to the field to take on not only the match’s strongly presumed victor, but FWC 2022 tournament champions – Argentina’s celebrated (and sports celebrity-rich) Albiceleste.

For literally millions watching the match the questions preceding kick-off were only two:

Betting was on. The Green Falcons were given a less than 10% chance of victory by the betters. Those in blue and white in stadiums, fan parks and viewing were ready to celebrate their stars. The stats reflect every reason for confidence. Understandably. Messi has always been the magic maker. Argentina is used to being positioned in the final four of FWC tournaments. With 70% possession on the field on the day, expectations were high of fan favourites Argentina leaving Saudi on the field wondering what had happened. How severely had their wings been clipped.

The reverse happened – a moment in the history books for the people of Saudi Arabia.

The Green Falcons took to the field and took on the match with not only dignity and grace, but a burning determination to win, to eclipse expectations, to soar like never before.

As the whistle was blown at full-time, the stadium, and region, erupted in thrilling shock and applause at Saudi’s 2:1 win. It was Argentina that was left standing, numb, wondering what happened. How had this happened??!

On that field, on that day, the beautiful game was more than just a thrilling show of football on fire. It was pure, absolute, heart-squeezing, thrilling, history-making beauty.

But not just beauty because of the game and its historic upset.

Indeed, there is the deeply penetrating, emotionally intoxicating sensation of the immediate, joyous electricity of Saudi victory, the way in which political national divides dropped, political positions, fell away, diplomatic filters faded.

In the moment there were scenes many believed they would never see in their lifetimes (over and above the Kingdom defeating the Argentinians!):

and of course, one of the most remarkable,

The beauty, the alchemy, of the beautiful game was at work once more.

Importantly, the heroic athletic performance of the Green Falcons will engrave itself in history far beyond sporting records. The magnificence of the moment is about its enduring, glowing legacy. This is a moment which is going to be marked in history of not just global football, but in heart of Saudi’s Vision 2030 – a national growth and development plan shining an enormous light on the Kingdom’s commitment to opening its doors and opening its hearts to the people of the world. Central to the Kingdom’s aspirations is its establishment of a leading position on travel wish lists of people from across the world – people who never before imagined being inspired by, and invited to, Saudi.

22.11.2022 has become a moment where the pride of Saudi Arabia has shown across the globe. On the 2022 FWC stage Saudi loudly and lovingly shouted out, with all of its strength of heart, its invitation to the world to discover Saudi, and Saudis.

Still being referred to as a ‘euphoric’ and ‘historic’ victory over Argentina, it was also heroic.

For anyone blessed to be a part of the 2010 FWC in South Africa, we all know how ‘the Games’ were about so much more than the games. Those 30 days of world class football were a platform for South Africa to showcase to the world not only who and what it was as a place and people, but its rich, unrivalled, often underestimated, and overjudged, spirit of possibility. The 2010 FWC in South Africa helped transform the nation once and for all, for good: defining its identity, embedding its pride, and connecting it to the world. The Games demonstrated the nation’s newfound energy, unity and capability – hosting the world’s largest sporting event becoming a mirror the New South Africa’s fierce determination to rise as a nation, while at the same time expressing with humility its gratitude to the world for the opportunity. https://anitamendiratta.com/mega-events-in-praise-of-unsung-heroes/

Saudi’s win on the 2022 playing field, as with South Africa’s win in hosting the 2010 Games, reflects to the world what Saudi is as a people, as a spirit, and in as an invitation to the world to understand who they are and how much they have to offer. Just like in South Africa in 2010, in Qatar in 2022 Saudi demonstrated to all its simple, pure humanity, its spirit of possibility, and it’s commitment to the global community.

Which is why it is so important that to remember that mega events are never only about the moment on the field or the duration of the event. The FWC is never about one month of football. Nor is EXPO about four months of global exhibition. Or the Olympic and Paralympic Games about a month of celebration of athletics at its best.

It’s about the power of legacy to swiftly, powerfully and respectfully shift the image of a nation in the eyes, minds and hearts of the world. https://anitamendiratta.com/its-all-about-the-afterglow/

However this FWC concludes, whomever takes home the trophy, wherever Saudi ends up on the total tournament tables, the Green Falcons proudly soar at the top of the tournament leader board for greatest upsets of the 2022 Games.

That is the magic of megaevents. They are never simply about the event itself. They are about legacy of identity – identity in the eyes of the world, and of one’s own.

As the 2022 FWC continues, with matches knowing out team after team, there is no matching how the region and world will now look at Saudi, and Saudis. And critically, how Saudis will look at one another, stand together in remarkable historic pride.

Look, look down there!

Can you feel it – the audible pounding of your heart?

Can you hear it – the silence?

FWC 2022 – you may not remember the final score when the final whistle was blown declaring the tournament’s winning team.

You may not remember who kicked their team of gold.

But you’ll never, never forget where you were when….x