DIPLOMACY – THE ART OF THE HOW | ANITA MENDIRATTA & Associates

DIPLOMACY – THE ART OF THE HOW 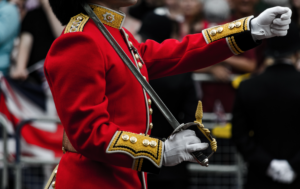 It was just over 10 days ago that breaking news unleashed a royal frenzy of global discussion and debate around a subject, a couple, that continue to inspire media madness like no other across the globe today: HRHs the Duke and Duchess of Sussex. This time it was serious.

Through their personal website they had expressed desire to step away from royal duties. They wish for a financially, logistically and emotionally independent life for their family, away from the UK (part of the year) and away from the heat of the royal spotlight. https://sussexroyal.com/about/ The news very soon gave birth to a new social media hashtag with a loudly beating heart: #MEGXIT

And then came the damning discussions and debates around the Royals’ wish, and right, to make such a move. Across the globe comments, critiques, questions and general craziness turned the story into a top trending area of focus, often eclipsing the fact that the US and Iran were risking a dangerous face-off, Australians were facing Mother Nature’s fiery fury like never before, a beyond fiction escape had taken place in Japan by a corporate automotive industry leader once celebrated and now sought out for criminal activity, a passenger airline was shot down by a missile, and one of our world’s most trusted aviation manufacturers has seen its credibility and confidence come crashing down.

Her Majesty the Queen was clear – a clear plan of action was to be agreed, swiftly and smoothly. As different options are explored by the immediate family, different nationalities, societies and cultures are openly sharing diverse opinions on how this royal crisis should be resolved. Different perspectives, with different contexts and linkages to the Commonwealth and generations of Royalists, are weighing in.

For all of the frenzy, and differing opinions and offered solutions out there, these perspectives need to be respected.

That said, keeping this in perspective is critical if peaceful resolution is to happen.

First and foremost, this was not a constitutional crisis nor challenge of the Monarchy, it was a family crisis. HRH Prince Harry was 6th in line for the throne. It was highly unlikely he would ever wear the crown. Expectations of him were profoundly different to those of his brother. As too are the wounds of his childhood loss, and the way these now impact his peace of mind and heart as a husband, and as a father.

Still, crisis was unfolding within the Palace. Why all of the public fury?

Central to the crisis was not the WHAT and the WHY – the desire fo the Duke and Duchess to have a separate, independent, out of the Royal spotlight life with their young son, is completely understandable.

The crisis was in the HOW – the declared shock of the Palace as the desires of the Duke and Duchess were announced publicly, without pre-discussion, pre-agreement and pre-consideration for Her Majesty the Queen – HRH’s grandmother. Taking even the Palace by surprise by the method and haste of the Sussex’s public announcement with presumptive new, hybrid ways of working as a Royal, shockwaves were felt, especially in the UK by literally millions who are innately protective of their Queen and actively exposed to royal ways of working.

Again, it was not the WHAT and WHY that caused such shock, it is the HOW – the HOW that broke bonds, and broke hearts.

This, the HOW, is the essence of diplomacy: the art of succeeding in achieving a desired outcome, especially in times of conflict, while taking great care to ensure no loss of face, and no loss of faith.

It is about discreetly assessing a situation, identifying its key roleplayers, and establishing a way of mobilising desired change in attitudes, actions, whatever the case may be. It is about recognising sensitivities in time, place, people, that must be worked around to ensure no (unintentional) crossing of wires or stepping on toes that may risk momentum or even end goal. It is about appreciating the power of optics – including invisibility. And it is about recognising likely response, carefully managing process to ensure optimum reaction to outcome when the time comes. It is about ensuring all parties come out of a situation feeling stronger, more secure and more respected for their participation. What is not desired to be exposed is simply not seen, not known, by those not at work behind the velvet curtain.

Often, so often, diplomacy is looked at as a wasteful exercise, that which is seen seemingly ineffective, its practices of protocol deemed pointless. One must say what they want to say, do what they want to do, whether others like it or not.

Across the world, across political structures, across cultures, across generations, protocol is pervasive. And must be respected. That includes royal protocol – centuries old traditions of upholding a nation’s identity and values to itself. Crossing international borders and ideologies, royal systems may not make sense, centuries old traditions may test relevance today. Its role, however, is critical – a system of communication and conduct that has, for many centuries and many reason, been in effect to enable the effectiveness. Part of this effectiveness is the way in which monarchies work for the people of nations over which they lead.

As writing, a final agreement has now been reached, breaking news from the Palace revealing that HRHs are ‘HRH’ in title  no longer, their roles as working Royals no more, a firm position taken by The Firm that there is no hybrid role that will be acceptable. HRH Prince William and the Duchess of Cambridge will, in the main, take on many of the Sussex’s responsibilities. They must adjust, stay calm and carry on. Silence says it all.

Speed. Solidity. Sadness. These are the words that will always be ascribed to Her Majesty’s approach to addressing this family crisis, and ultimate evolution of Royal structure. While these ten days have been unprecedented in their events and outcomes, still, and sadly, this time marks a profound shift in how a Grandmother will look at her Grandson, how a Brother will look at his Brother, how the Commonwealth will look at their young Prince, how the world will look at the institution of the British Monarchy.

It has been a powerful lesson in diplomacy – the impact of disrespecting the HOW, even if the WHAT and WHY of one’s actions are understood.