THE LOOK, THE BOW, THE BOND – THE POWER OF (RWC2019) SPORT | ANITA MENDIRATTA & Associates 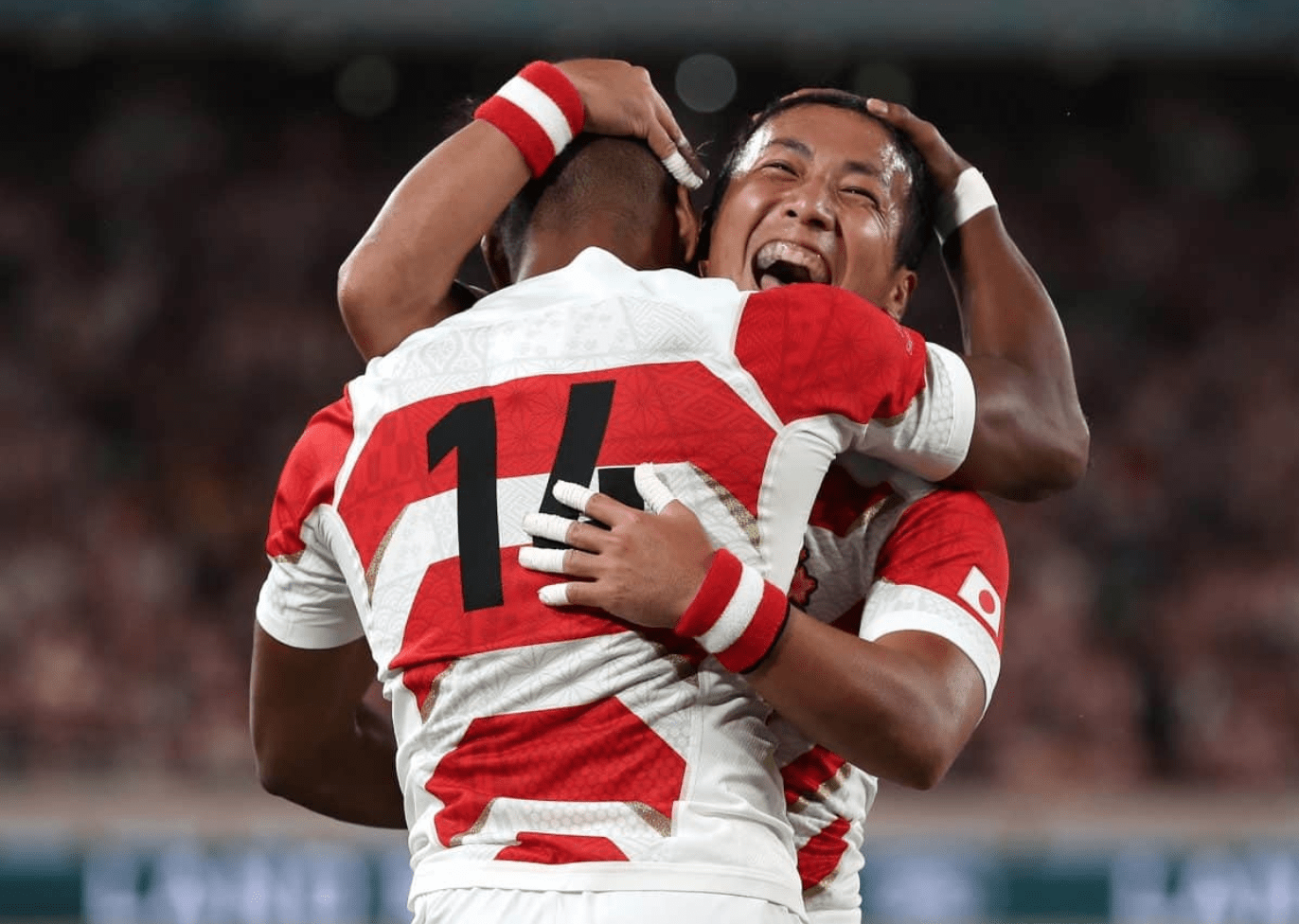 It is incredible how smile-inducing it can be. And connecting.

Suddenly, unexpectedly, excitedly, conversations spark: a stranger in an elevator wearing a national team jacket, a fellow passenger with the accent of the opposition, those all around with a desperate look of knowing as clearly distracted in their here & now because of something so exciting happening right then yet elsewhere, on the field…followed by complete looks at one another tinged with “Can you believe what just happened?”

Sport. It creates the opportunity for complete strangers to talk, to smile, to growl, to cry, to hug. That is the power of sport! And right here, right now, it’s all about the Rugby!

The 2019 Rugby World Cup – global rugby and competitive sport’s celebration of remarkable physical and psychological prowess – is in its last days. In less than a handful of sleeps the 2019 winners will be crowned following a month of matches where heroes were discovered, warriors fell, sure-wins lost, and who-would-have-thoughts rose closer and closer to the top. It is truly, intoxicatingly incredible how a global event like the rugby world cup can energise, unite and focus literally millions across the globe, dissolving boundaries, finding a common language, all because of the agnostic phenomena that is the collective spirit of sport.

This unifying energy pulls people together, and it does it in a way that goes so far beyond nationalities, so far beyond passports, and thankfully, so far beyond politics. Importantly, however, sustaining the energy rush, sense of unity, and pure spirit of blessing in being a part of it all is not just about the play on the field. Interestingly, and so often, it is the host country that eclipses all sportsmen and women to be the hero of the competition.

Such has been the case with RWC 2019. And the people of the host nation, JAPAN – each and every one a Brave Blossom in their own humble, dignified, deeply touching way.

The stats of RWC 2019 stand tall as the host nation has broken records in national and global participation. Official numbers tell a powerful story:

Every mega-event is history-making, the team taking home the crown inscribed in sporting history books for time memorial. And yet what do people remember most with their hearts, not just their heads? It is the backstories – those impacting and impacted by the time and place of one of the greatest sports shows on Earth.

In 2019, of all characters to make a defining impression on the RWC, it was Mother Nature. What host nation in the world has had to build in contingency, emergency, and recovery plans for a Typhoon? Japan.

Midway through the competition, as storms started brewing between teams convinced they were destined for the final rounds, storms brewed off the coast of Japan with a gameplan for clear, concentrated attack on cities across the map, including RWC venue cities.Players and fans were warned to take cover, matches were re-configured to take cognisance of the importance of tournament momentum. And then Typhoon 19 hit.

After millions were implored to evacuate, and finally Typhoon Hagibis had moved on, over 60 lives were lost, and countless left homeless. Millions, millions were left speechless.Everyone, absolutely everyone linked to the RWC, grieved…tears becoming the glue to rebuild a heartbroken nation.

Without a doubt, this shared sense of loss is part of what RWC athletes and followers will take home once the tournament is over, whomever the winners. To state this is not purely romanticised rhetoric. The impact of the shared tragedy, and respect for host nation suffering the most profoundly, is visible in bowed heads, and audible in silence, with every match.

Case in point: the Semi-Finals.

On both occasions, once anthems were played, and as the electricity in the stadiums became overpowering, a pause occurred – the entire stadium hushed for a moment of prayer to make sure that no matter what the excitement in the moment, moments recently passed with Typhoon 19 do not become an overlooked, undervalued part of history. Instead, these moments become a shared prayer, a shared bond, unifying the sporting world with the people of Japan. That is sporting class at its best!

And now, finally, the Finals are upon us.

History is a mere matter of hours from being made, especially if the Springboks, with their first Black Captain, prove to be the world’s finest once more, a nation once again recalibrated through sport, champions once more.

And yet, as nations like South Africa know well, rugby victory is not simply about sporting prowess – it is about national prowess. Whatever the outcome, whatever the colours of the Kings of the competition, for all participating in the 2019 RWC – on and off field – it is the Brave Blossoms, as over-performing athletes on the RWC Field and over 126 million courageous people of Japan, who won our 2019 RWC hearts.

With a simple, childish smile, with hope in heart that the Finals prove to be a final, unifying force for the rainbow of nationals supporting the Springboks, one cannot but feel an instinctive, thoughtful, deeply grateful bow to the people of Japan – the enduring heroes of the 2019 RWC.